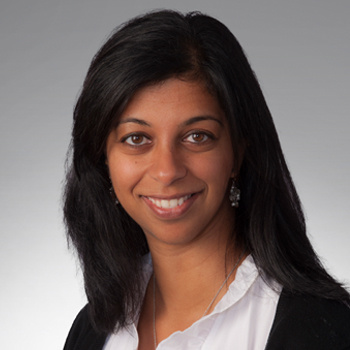 Center for Metabolism and Mitochondrial Medicine

Department of Pharmacology and Chemical BiologyProfile

Sruti Shiva obtained her PhD at the University of Alabama in Birmingham in 2004 after studying the mechanisms by which nitric oxide regulates mitochondrial function. She completed her post-doctoral training at the National Heart Lung and Blood Institute at the National Institutes of Health. She joined the faculty at the University of Pittsburgh in 2008 as an Assistant Professor and is currently a tenured Professor of Pharmacology & Chemical Biology and a Principal Investigator in the Vascular Medicine Institute. Dr. Shiva also is Co-Director of the University of Pittsburgh Center for Metabolism and Mitochondrial Medicine (C3M).

Dr. Shiva’s research focuses broadly on understanding the mechanisms by which mitochondrial function is regulated, particularly by reactive oxygen and nitrogen species and the contribution of these mechanisms to cardiovascular health and disease pathogenesis.  Using a wide spectrum of techniques ranging from the biochemical study of isolated mitochondria to whole animal models and measurement of bioenergetic function in human blood cells, the Shiva lab is currently engaged in a number of active projects along four major scientific themes:

1 – Utilization of platelets to measure human mitochondrial function in health and disease. Mitochondrial dysfunction plays a role in the pathogenesis of numerous diseases, however data on human mitochondrial function is lacking due to the lack of non-invasive methodology to obtain sufficient quantities of live mitochondria. Platelets contain fully functional mitochondria and we have optimized and validated methodology (utilizing Seahorse XF analysis) to measure human platelet bioenergetics.  We have used this technique to show that platelets from different patient cohorts have differing bioenergetic profiles.  We are currently comparing platelet bioenergetics in a number of different patient populations to determine whether platelet bioenergetics can be utilized as a biomarker of disease and a measure of disease progression. Relevant publications: PMID 26147848 | PMID 24677541

2 – The role of platelet mitochondria in hemolytic disease pathogenesis. Sickle cell disease is characterized by severe hemolysis, which has been linked to platelet activation.  We recently showed that hemolytic components directly inhibit mitochondrial oxidative phosphorylation leading to the production of oxidant which stimulate platelet activation. Current work in the lab aims to determine the role of this hemolysis-dependent altered mitochondrial function in sickle cell disease as well as expand these studies to other diseases with a component of hemolysis, including sepsis and pre-eclampsia. Relevant publication: PMID 24677541

4 – Myoglobin as a regulator of mitochondrial function.  The monomeric heme protein myoglobin, expressed in cardiac and skeletal muscle, has long been known to facilitate oxygen delivery to mitochondria in hypoxic conditions.  However, recent studies have shown that myoglobin is expressed in tissues beyond the heart and muscle and has functions beyond oxygen binding and transport. For example, we showed that in hypoxia, myoglobin enzymatically reduces nitrite to nitric oxide, a potent inhibitor of mitochondrial respiration.  Our lab is currently investigating how reactions of nitrite, nitric oxide and oxygen with myoglobin regulate mitochondrial function to modulate biological processes such as injury after ischemia/reperfusion, smooth muscle cell proliferation and cancer cell proliferation. Relevant publications: PMID 17293481 | PMID 22685116